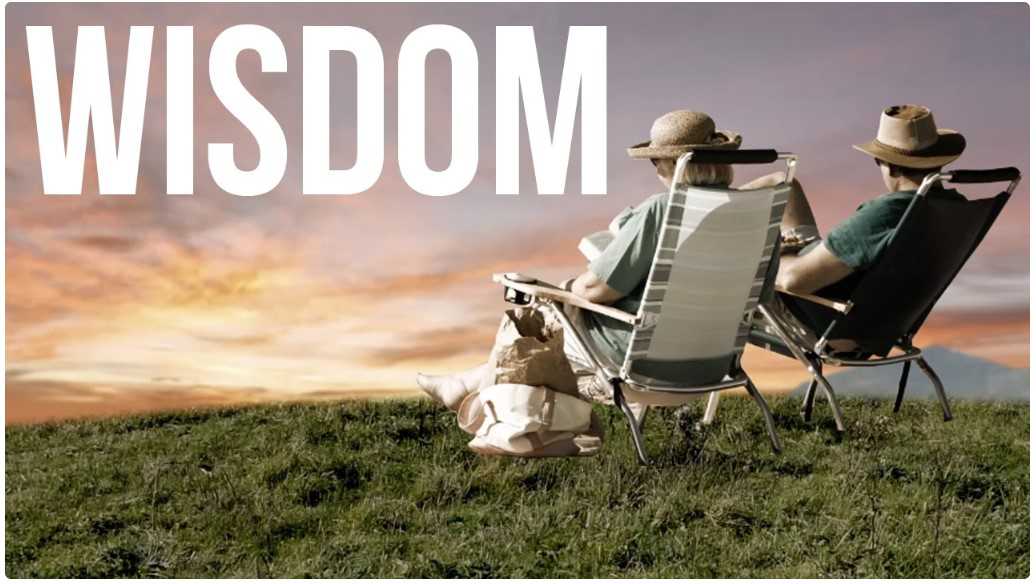 Took a while to get going. The direction changed quite a few times; even so my initial idea of an 'older' person passing on much needed 'wisdom' to a brash youngster was achieved, I think. Please excuse the setting I have placed these two in - their dire situations, but what better way to drive home the point? You can call this 'artistic license' .

'I really don't want to do this', thought Duncan as he approached the ward door. Hospitals always made him feel uncomfortable, though there were a few attractions floating around, such as the tasty nurses - well, some of them anyway.

Granddad had been ensconced in his hospital bed for a few weeks. The prognosis wasn't good, in fact, it was acknowledged the bed he occupied was going to be his death bed. By all accounts this was accepted not only by family and friends but by Granddad himself who seemed quite resigned to his fate. Strangely enough, Duncan couldn't remember a time when Granddad was ever negative about anything in life - or with regard to his own life either. This was Granddad's way. Trouble was it wasn't Duncan's way, so he had kept his distance as such optimism just infuriated him. What the hell did Granddad know anyway? What the hell did any 'old' person know come to that - they were all out of touch.

Duncan was a brash young man. Wouldn't take advice from anyone. Thought he knew it all. His parents were solid enough citizens, but they were not the best at being parents, hence Duncan was lacking some parental guidance and intellectual restraint, being either ignored for too long or spoilt at other times. He was one of five, yet, they were not as headstrong or as troublesome as Duncan, so genes must have played a part in all this. Maybe Duncan was predisposed to being an alpha-male? The one of the pack meant to take the lead? Could be, but it wasn't some uncivilised, jungle village where Duncan was brought up, rather a small backwater town in South Wales, UK, so whatever primitive drives were in full flow, they were out of place.

Granddad was sitting up in bed and able to talk. Tubes were all over the place, strategically placed in various orifices and veins. Duncan was not impressed. He would rather shoot himself than go through such indignity, he reasoned. He didn't hide his distaste either, though at least he didn't give vent to his feelings verbally at this time; only because he had been advised not to by his father in no uncertain terms. Nevertheless, his demeanour gave the game away. When he eventually looked at Granddad directly in the eye an unnerving sensation passed over him, which he wasn't quite able to get a handle on. Whatever it was, some of the dislike of the conditions eased in his mind. Granddad had a way of doing that - taking away some of the pain and confusion. Certainly wasn't capable of placing an old head on young shoulders, though, which is what was required here - not at this moment in time anyway. Still, Duncan would learn in time - as most cocksure people do, as life invariably has a painful lesson in store for them.

The usual banter took place between the family and Granddad. Thankfully, for Duncan that is, the visit was over and done with in a relatively short space of time. There was a new motorbike waiting at home and the call of the open road was overwhelming. A trip to the seaside was planned. He could surely impress the girls there, but even if they were a little thin on the ground the thrill of piloting such a powerful beast would be more than enough - in fact this was by far the greater attraction. Sure was a force to be reckoned with this new bike of his - 4 cylinders of raw power, with an acceleration that felt as if your arms were being pulled out of their sockets. It was all Duncan could focus on at this particular time - sod Granddad, he wanted to get home!

There was no way to avoid the car. The combination of Duncan driving too fast and the inattention of the car driver made the crash inevitable. In apparent slow motion, as if happening to someone else, Duncan became a reluctant participant in his own thrilling accident - thrilling for those watching, that is, and it was initially even for Duncan, until the pain kicked in. The next thing Duncan was aware of was waking up in hospital. It took a while for his mind to clear before he could rationalise as to where he was. It was a terrible shock in itself to realise he was in hospital with all sorts of tubes here there and everywhere, but the worse was yet to come - his Granddad was in a bed next to him - Granddad, who was terminally ill and being cared for in a ward designed for that purpose alone - to care for those who more or less had no hope of recovery! Panic set in and with an agonising wail Duncan screamed with all his might. The only thing that calmed him down was a liquid cosh. It wouldn't be the first he would receive either.

Gradually, over time, Duncan calmed down a little, but even so tears and despair were constant companions. Nothing anyone said got through and the plaintive entreaty of his family could not breach the emotional turmoil in the forefront of Duncan's mind. As other young people before him the same questions were asked: 'how could this happen to me', 'I have so much life left to live', and so on. Was he really in such a bad state? Well, apparently he was as only a miracle could save him. Duncan was aware though that miracles don't happen in this day and age. The demeanour of his visitors and doctors also drove home the state of his predicament - he was going to die at some time or other, but then again don't we all, eventually? This thought crossed his mind fleetingly one evening. Philosophy wasn't Duncan's strong point, but he wasn't a stupid boy - far from it - merely uneducated. All the while this conflict was going on his Granddad was more or less silent - some would say he was waiting.

One evening, when the ward was quiet, Granddad spoke to Duncan. Not loud enough for the sound to travel too far, just enough to catch Duncan's attention. Gradually, over a period of a few days, Granddad repeated the process and in time Duncan was glad of the break from the constant worry. There was an energy in Granddad's words that belied the weakness with which they were spoken, so they held Duncan's attention. This spoken word was a soliloquy, a trip down memory lane in a way, where Granddad laid down the foundation for an imaginary journey to take place in Duncan's mind. Once Granddad had Duncan's full attention he introduced ways of living and how various people he had met viewed the life and death process, even to the extent how some had passed away. It was all done tastefully and with consideration, not disturbing Duncan in the least - it made him think; made him think a great deal, in fact. Granddad didn't attempt to brainwash his avid listener, but merely passed on his experiences in a way that appealed. Over a few days Duncan's Granddad imparted a great deal of the background of their long family history and who had done this and that. Unknowingly Duncan became quite proud of his heritage and of who he was - who he had followed.

Granddad passed away not long after the story telling had ended. The talk was he should have shuffled off this mortal coil a while back, as if he had held on for a reason, though no-one could say what that could have been. There was one person who knew though.

The time Duncan had spent with his Granddad now seemed so precious. From being a distant and annoying stranger his Granddad now took pride of place in his head and heart. The stories left so many impressions on his mind. Granddad had lived a life way beyond anything he could have imagined. Strange as it may seem Duncan found himself taking the place of his Granddad in these imagined adventures - as if the memories were his own. The inexperience of his youthful existence was lessened a great deal as a result - he was gloriously enriched. The real gift he had received from his Granddad was lost on Duncan, but only because he wasn't 'wise' enough to see it for what it was, nevertheless he took full advantage of it.

Although Duncan was still a young man, facing a greatly uncertain future, there was now a perceptible difference in the way he was behaving. No longer was he acting as he had always done in an uncaring and selfish manner, even to the extent of being polite and welcoming to his visitors. He was one of a long line of men of talent, compassion and industry - men who deserved respect and of great strength of character. There were going to be trying times ahead, the answer was to face them with courage and dignity.

Granddad had imparted that which was essential - the wisdom only a long life of struggle can teach a person, and he had handed it over willingly, though, barely in time.

Welcome to Brainwaving. This website is of my own creation, as in, completely coded from scratch using a flat file database system. Along with coding, writing stories is also a hobby of mine, hence all the story related posts. I have other interests that I will divulge and talk about in time. Thanks for visiting.

A Helping Hand From God!

She hadn't been feeling well for quite some time, as if drained of life. Whereas previously she welcomed the morning with a smiling face and limitless energy, these days it was all she could do to dress and make her way downstairs. 'Maybe I'm lacking vitamins or minerals or something', she thought, so she took them, it made no difference - her lethargy was gaining ground. ... more

All it takes are a few items of clothing and a pair of trainers to open the door to all manner of wonderful, life-changing scenarios. On top of this, it is so easy to meet like-minded individuals who could become life long friends. Even apart from the health benefits, running can have an immense and positive affect in all manner of ways on a person's lifelong journey. ... more